Make A Donation
Donate A Toy To A Veteran 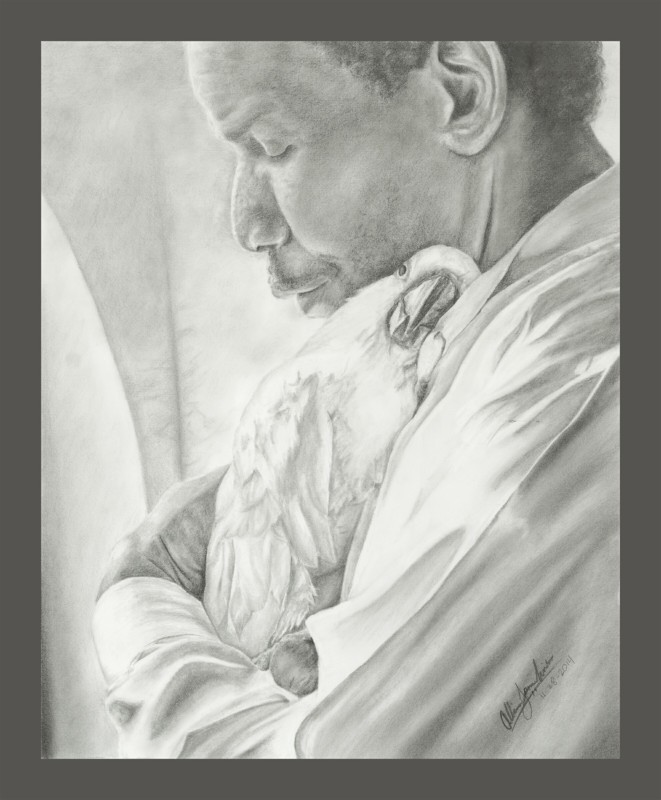 A photo was taken of me comforting a crying and confused Umbrella Cockatoo named Mango–completely on accident–during  a break while conducting a calendar shoot in Portland Oregon in 2008.

We have been asked numerous times to make it available for the public. So I’ve had it digitally scanned, and framed. It’s now available for purchase as a fundraiser.

The photo has a black matte with a thin black frame. There are three different sizes:

Both this photo and Drawing are now  ©copyright protected.

Northwest Parrot Rescue has been around in one form or another since 1984. Chris moved to the Northwest in 1999. After a parrot getting stolen and then reunited his its owner, he kept his promise and started first bird rescue. The organization was initially named Oregon Bird Rescue – OBR. OBR only existed for 3 months and then Chris moved to Washington and started Birdman’s Exotic Bird Sanctuary (BEBS).

Chris started Northwest Bird Rescue – NWBR in February of  2002. NWBR started rescuing any type of bird and now focuses exclusively on Parrots. Chris discovered that  parrots make great companions for people with PTSD and other anxiety issues. Parrots listen and can actually calm a person during an anxiety attack. He realized that over 1/3 of his rescued parrots were getting placed with single veterans, and the number is growing. NWBR opened a placement division called Parrots for Patriots in June of 2015.

Do to the growth and amount of toys used, we started making our toys available to public in the fall of 2017. Then we launched our Toy division in Oct of 2019.

Between the cost of a rescue, nursing unhealthy parrots back to health, and finding a forever home for these abandoned parrots – costs are increasing.

We Need Your Help!

There are many ways you can help. We need both Volunteers and Monetary support.  If you love parrots and would like to volunteer contact Chris and fill out this application. 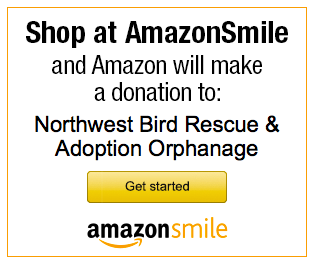