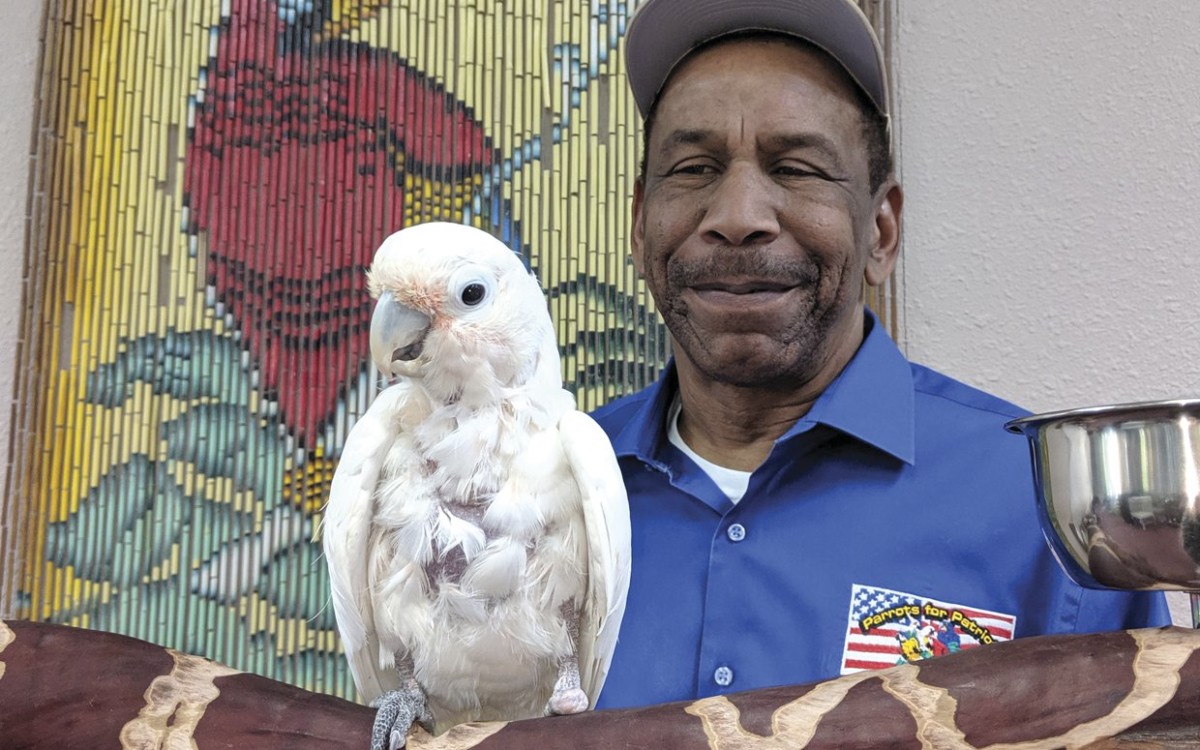 Chris Driggins, a veteran who was battling post-traumatic stress disorder (PTSD) long after his Army career ended, knows firsthand how powerful a medicine parrot can be. It all began with Cezar, his Goffin’s cockatoo. The Vancouver, Washington, man found out about a family that no longer wanted their bird. He went to get the creature and found him living alone in a tiny cage in a dark garage. It was Cezar. Driggins took him home that day, and soon realized they were a lot alike. They were both lonely, withdrawn and wary of people. He and Cezar became inseparable, and the two of them began to heal one another. Cezar got more sociable, and so did Driggins. Cezar calmed down, and so did Driggins. “My nightmares stopped. I wasn’t anxious anymore,” Driggins says.

He realized if a parrot could help him, parrots could help other veterans. He founded Parrots for Patriots in 2015, and since then he’s placed more than 220 parrots with veterans. “Parrots observe everything you do. They’re more sensitive than a cat or dog, and they’re smarter,” Driggins says. “They bond with a person totally.”  Since parrots can live around 60 years, they also help break through a traumatized vet’s fear of loss. A veteran’s “cup is full of sadness. They’ve lost loved ones. A bird lives for decades, so a vet can bond with him with less fear of losing another companion,” Driggins says.

Driggins has his own parrots and he fosters birds awaiting an adopter, so his house is full of parrots singing and squawking. On a recent phone call, he had to talk over a parrot yelling “Meow! Meow!” It’s loud and funny, and he wouldn’t have it any other way. “Parrots saved me. Now I save them so they can help other vets,” Driggins says. “Everybody wins.”